A blind date with the North

Four years ago, author and director José Babin set out on an unusual circumpolar adventure and crossed path with wonderful peoples and territories. North of the Norwegian polar circle, she created the theater play NORDICITÉ, an intimate testimony of her voyage.

After two Norwegian tours, the show is back in Montreal offering an experience that goes beyond the mere stage. NORDICITÉ / Meeting point invites the audience on their own journey to the North.

In each and every corner of the Maison de la Culture Maisonneuve artists from the North and the South will be presenting their very diverse visions of the Northern culture. The amalgamation of intimate and fictional Northern impressions with Theatre Incliné’s show make for a whole new and enhanced theatrical experience. What the audience is to expect: interactive works, video, exhibition, short films and electroacoustic throat-singing.

North is time and space.

For the audience to step in,

We created a portal between life outside and inside the theatre.

A place to settle, cool off and slow down.

A place to hear the voices from the North.

A fleeting moment. Unique. Three days only.
The length of your tour is up to you: stay for 2, 3 hours or more if you want to meet and discuss and mingle with the artists afterwards.

Nordicité, walking on the circle is a vast creative project spanning over five years (2015-2019) and involving various Northern artists. It includes expeditions in different Northern territories, the creation of two theater shows, short films, and short stories written by an author from each of the eight countries surrounding the Arctic Circle. To shed light on the many faces of Nordicity, each production showcasing a unique impression of the North, a special point of view ranging from fictional to intimate. Each creation is independent from the others, but it is together that they give a complete meaning to the Cycle and depict a true North.

The cycle is presented on an evolving web platform where viewers become travelling companions: http://theatreincline.ca/nordicite/en/

An autofiction interrogating the act of creation in relation with the North, Nordicité is a visual theatre show where objects, video, dance and acting meet. Freely inspired by José Babin’s diary of her artistic expedition in Nordic countries, Nordicité is an invitation to travel between myths and reality and a reflection on our capacity to understand Nordic voices. Created north of the Norwegian polar circle, Nordicité is a co-production between Théâtre Incliné (Québec) and Nordland Visual Theatre (Norway). 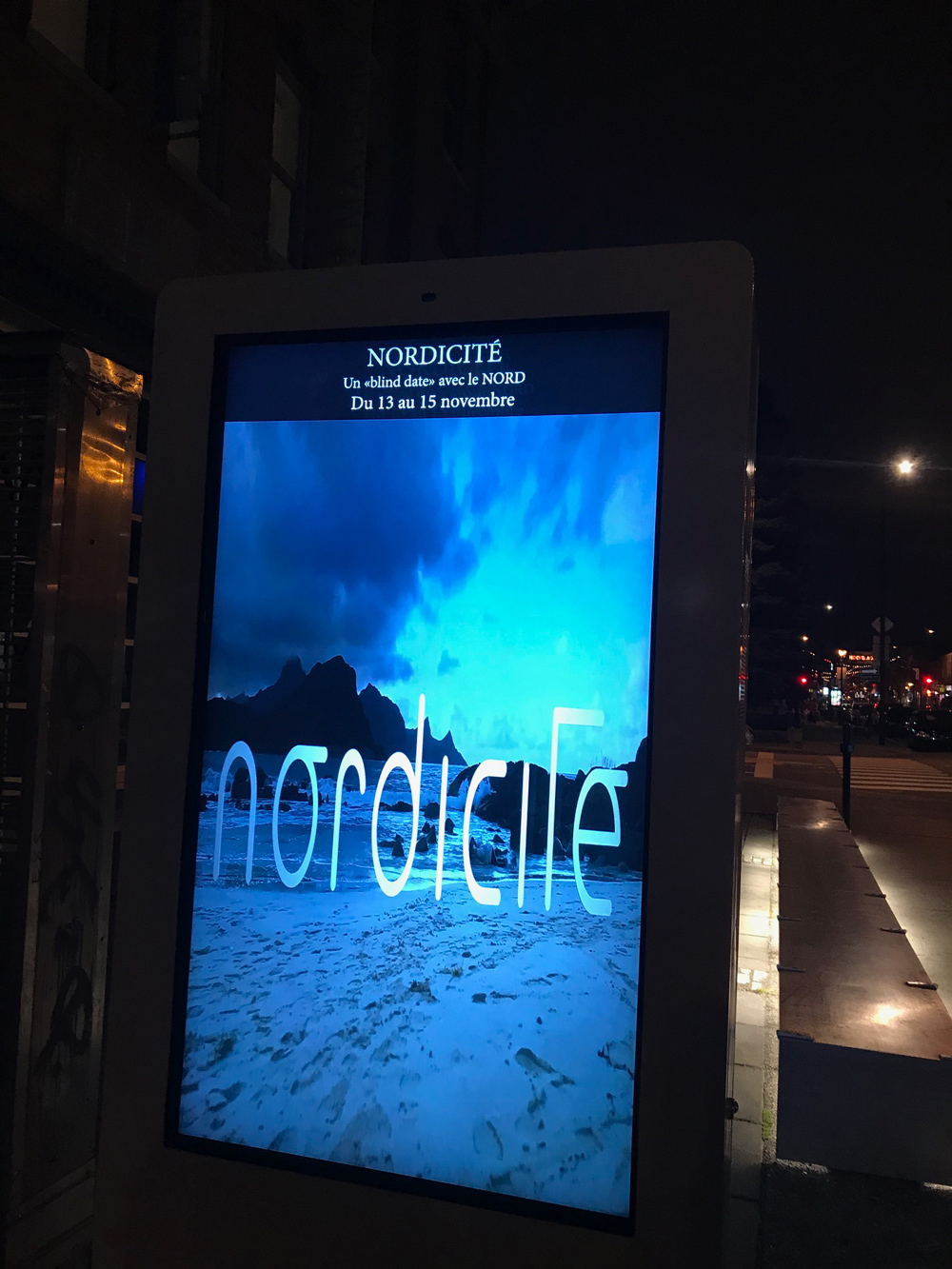 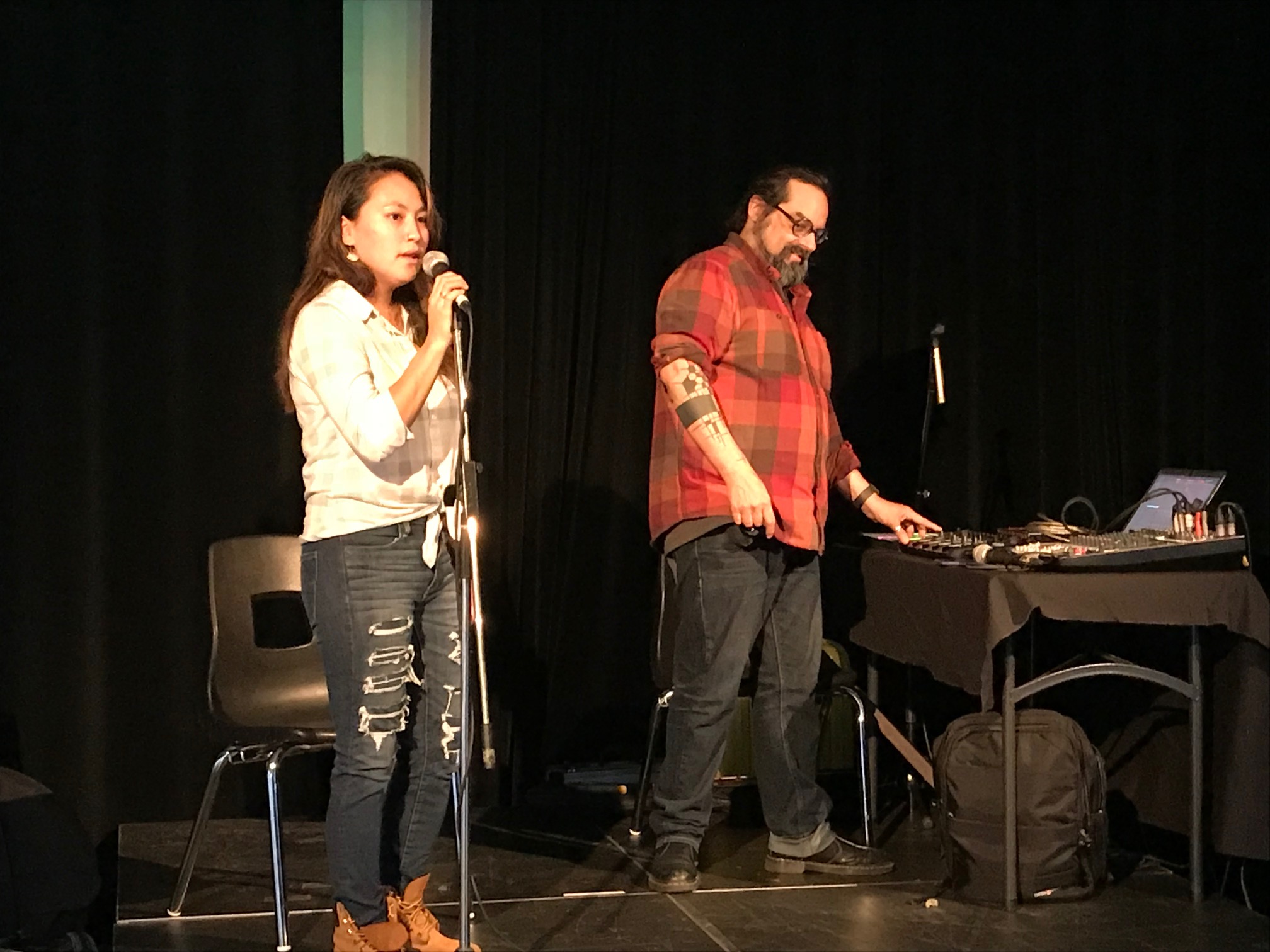 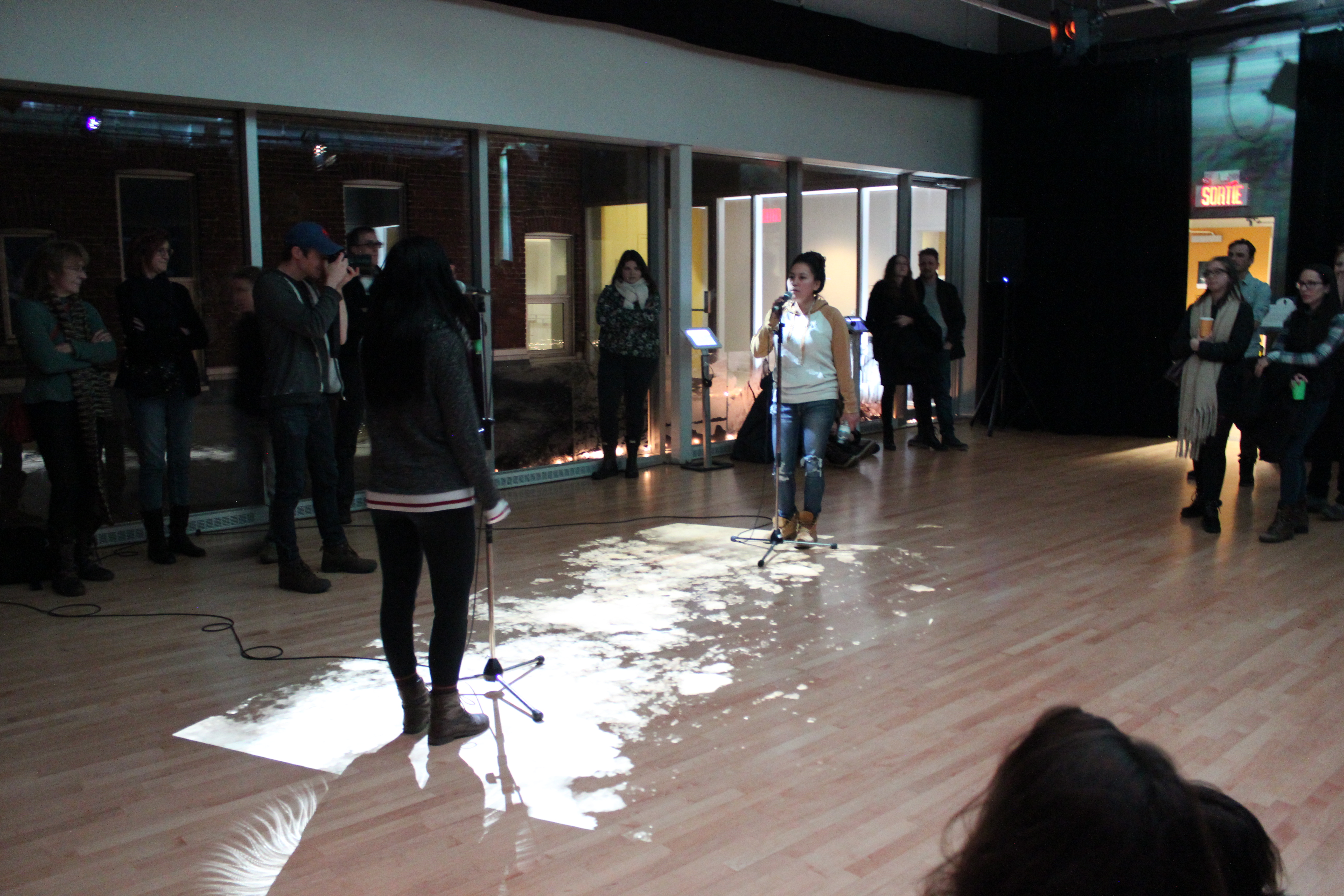 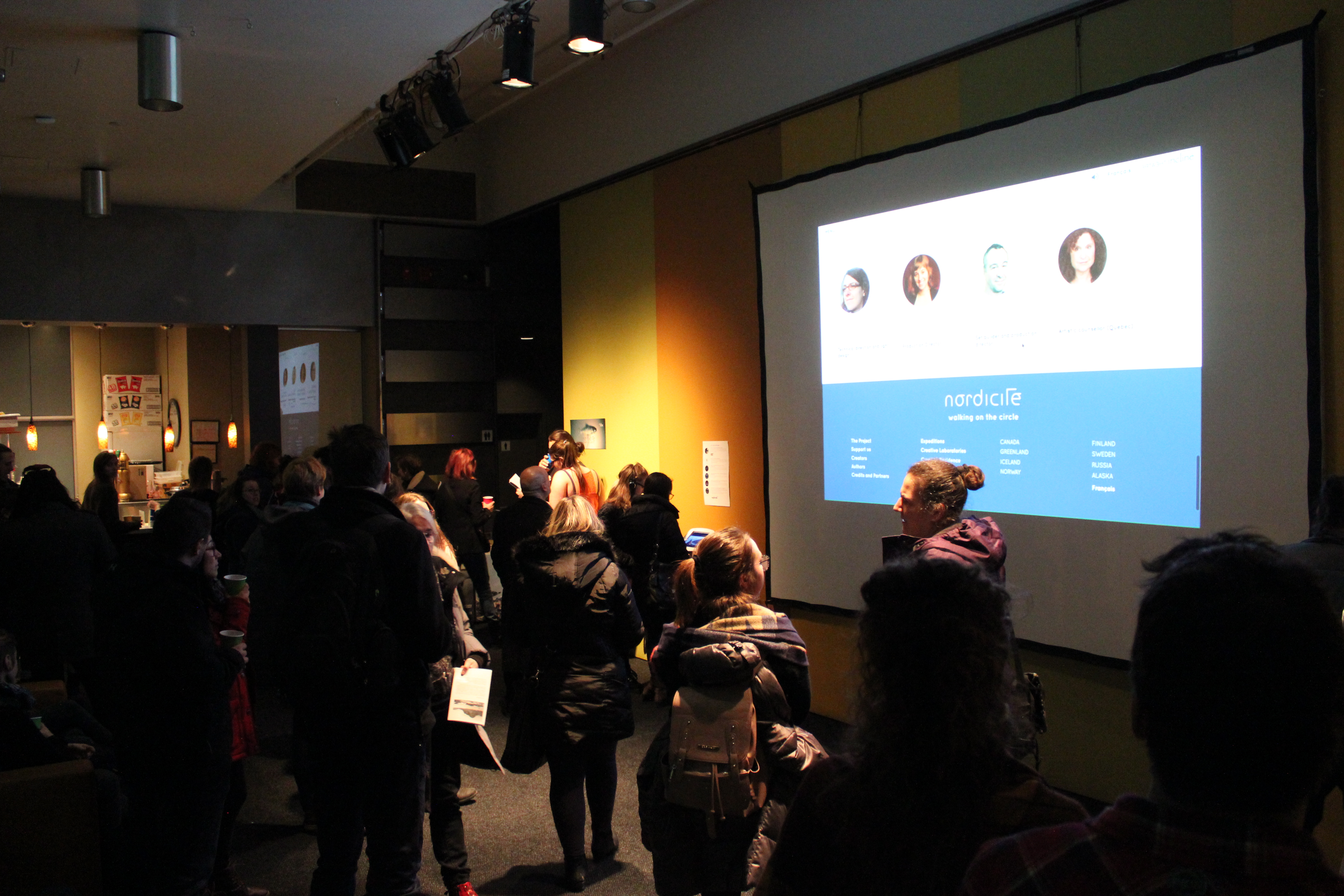 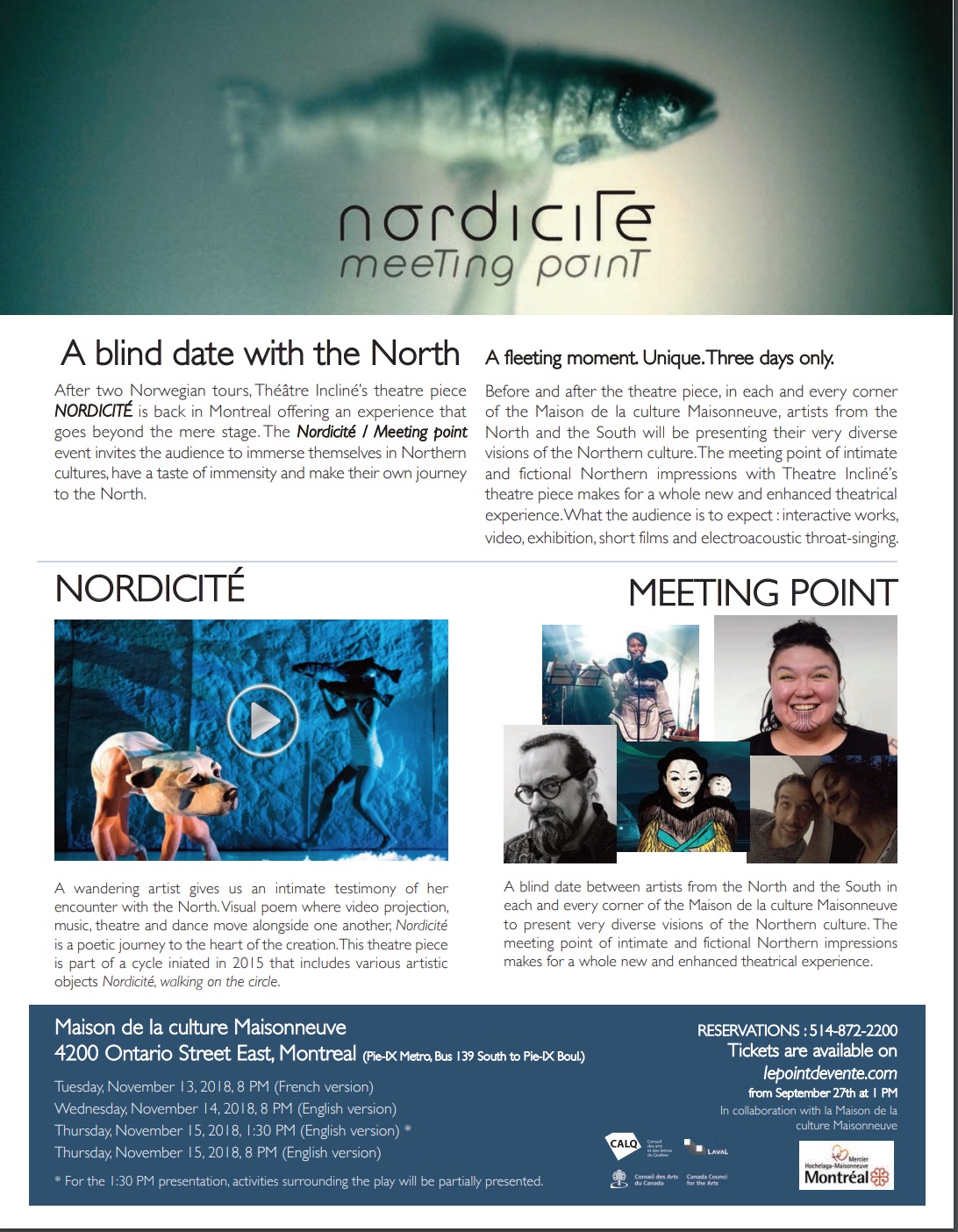 The cycle is presented on an evolving web platform where viewers become travelling companions.