Story
With his bowler hat and long coat, Kenji takes the train to bring a bowl of snow to his dying sister. Marie flys to Japan to keep a promise she made to her son. It is the story of a meeting, a trip in a world filled with strange characters and sketches of imagination.
Based on Kenji Miyazawa’s “Eiketsu no asa” (The Morning of the Last Farewell) and other works of the poet, this poetic stage production is created by a team of artists from Quebec (Canada) and Japan. Presented through a variety of imagery such as shadowgraph, puppets, pictures, the story is enhanced by live-music as it is unfolds to the audience.

Form
This poetic show is born out of a theatre of images. A few written words, in English and Japanese, set the rhythm and offer the keys to this story by opening a door onto an imaginary world. The show brings together actors, puppets, shadowplay theatre, dance and live music (traditional Japanese instruments, koto and voice).
“Refreshing instantaneity: the charm of haiku stems from simplicity.
With a few words pronounced in a single breath,
a door suddenly opens, the sky unfolds, a spirit finds peace,
laughter or emotion bursts out.”
This quote from publisher Marie-Anne Jost about haiku is the perfect expression of what the author wished to explore.
Experiencing Japan
After two residencies during which Kio Company artists travelled to Québec, Théâtre Incliné artists then went to Japan to launch the first production of the show. It was first presented in the village of Hanamaki, Miyazawa’s hometown in the North of Japan, then in Osaka where the play opened the Tactan Festival in July 2009.
Kohey Nakadachi plays poet Miyazawa and shares the stage with Alain Lavallée and José Babin, the Théâtre Incliné actors and puppeteers. Two wonderful musicians appear at their side: Nori on drums, flute and other traditional Japanese instruments, and live soundtrack supervisor Fumiko on koto.

Kenji Miyazawa is the author of some of the most famous poems in modern Japanese literature. Unfortunately, he did not get to enjoy his fame during his lifetime, as the universality of his works was recognised only after his death. He wrote in the region of Iwate, a sort of “border district.” Inspired by this location, we turned our gaze towards a specific period of his life. From his works, we chose the poem Morning of the Last Farewell, which is dedicated to his sister, and two of his most famous short stories, Night Train to the Stars (Ginga Tetudou no Yoru) and Gauche the Cellist (Sero Hiki no Goshu). The story unfolds through the eyes of a Quebec woman traveling on this train where all things are possible. 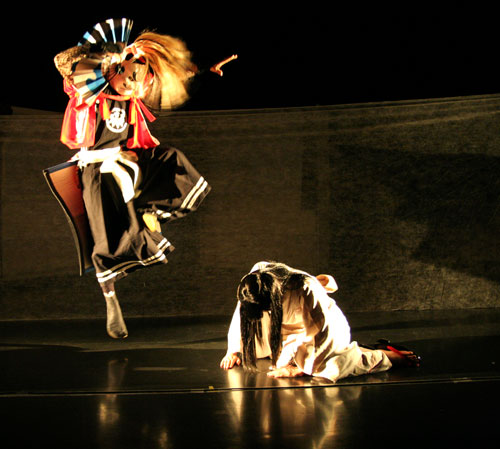 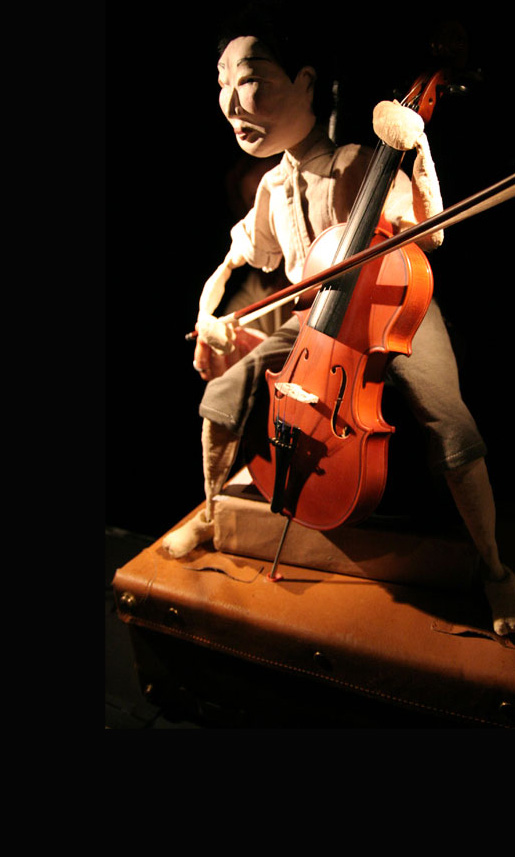 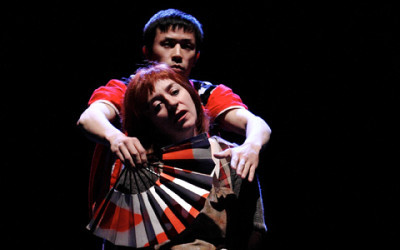 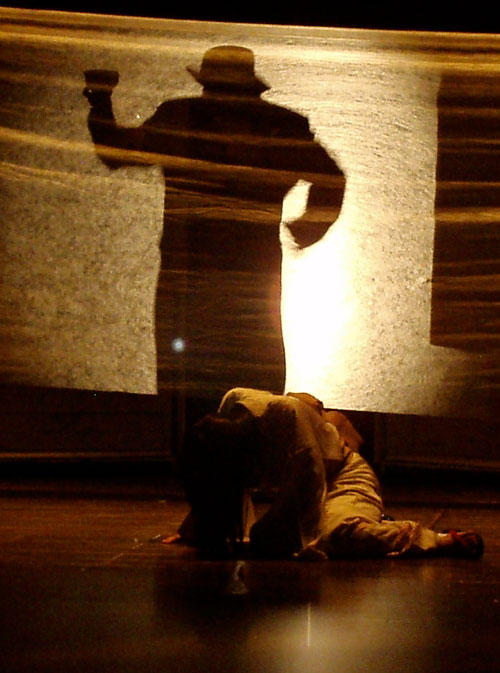 TRAIN is an image theater with very few words.
It can be presented in Japanese, French or English version.