The first show of our Nordic cycle Nordicité, is a quest. A wandering artist gives us an intimate testimony of her encounter with the North, and of the feeling of vertigo as she faces an immensity she cannot seize. Visual poem where video projection, music, theater and dance move alongside one another, Nordicité is a journey within myths and realities, and a reflection on our capacity to understand the voices of the North.

I was looking for the North. I was dreaming of a vast circumpolar project. So I walked the steps of the polar circle, I explored the land, I captured samples of humanity hoping they would help me translate the spirits of the North onstage. I met people, artists, silence, and immensity. I wanted to show the North I had imagined, the one I had encountered. Magnificent. Out of reach. But projects are like relationships. Some leave you marks like frostbites on your heart. This one challenged everything I knew, beyond what I expected. How would I be able to tell about the scar left on my soul by the silence of the tundra? How could I be truthful to a territory and people that were so vast and diverse, so complex and fragile? I am sharing an intimate testimony of the journey at the heart of my creative process which yearned for bringing the North to the South.

A huge thank you to all the creative team without whom nothing would have been possible.

We wish to thank our partners the Cole Foundation and W.J. Jones.
This show has benefitted from creation residencies in the Nordland Visual Theatre and Maison des arts de Laval.

In my creation process, the project takes its impulse in a new territory that inspires me. In 2008 I worked in Iqualuit, in Nunavut. I bought a postcard where the north was showed at the bottom and the south at the top. It was written: « our point of view ». Thinking back on it made me want to do some work about the north.

Based on the image of walking along the polar circle with the desire to meet Nordic people and listen to their « points of view », the Nordicité project was born out of the artistic and human encounters during my two years of travelling in Scandinavia and Northern Quebec.

For two years, I went to Helsinki, Turku, Tampere, Copenhagen, Silkeborg, Oslo, Kirkenes and Stamsund to meet artists from Finland, Denmark and Norway. Also, with my artistic partner Nadine Walsh, I went on two longer expeditions, one in the north of Norway, and the second one in Kangirsuk, Nunavik, in the North of Quebec.

Voices of the North

Of course, in order to collect everyone’s point of view, I would have liked to go all the way to the Svalbard islands in Russia and to Greenland. But to physically cross the polar circle is extremely expensive! So, to grasp a sense of the other Nordic territories I set up virtual conversations with one person from each country touching the polar circle. I recorded the conversations via skype and inserted parts of them in the show.

These physical expeditions and virtual discussions allowed me to pick “samples of humanity” by hearing the points of view of the people of these Norths. Because yes, around the polar circle, there is not one, but several Norths!

This creation is part of a five-year creative cycle (2015-2019), Nordicité, walking on the circle and will consist of two shows, short-movies made of filmed puppetry and shadows, short story writing and activities of artistic intermediation.

Currently the whole production cycle of Nordicité, walking on the circle is being presented on an evolving web platform from which spectators are immersed in the adventure: theatreincline.ca/nordicite/eng.The platform is an innovative alternative to present our artistic work and a place where the artist creator shares her adventures and encounters along her way on the polar circle. 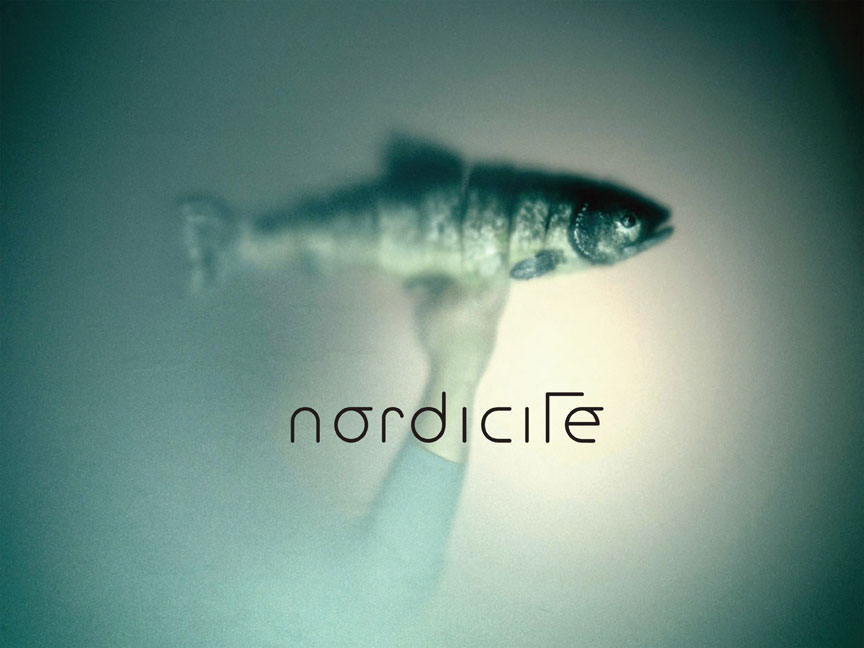 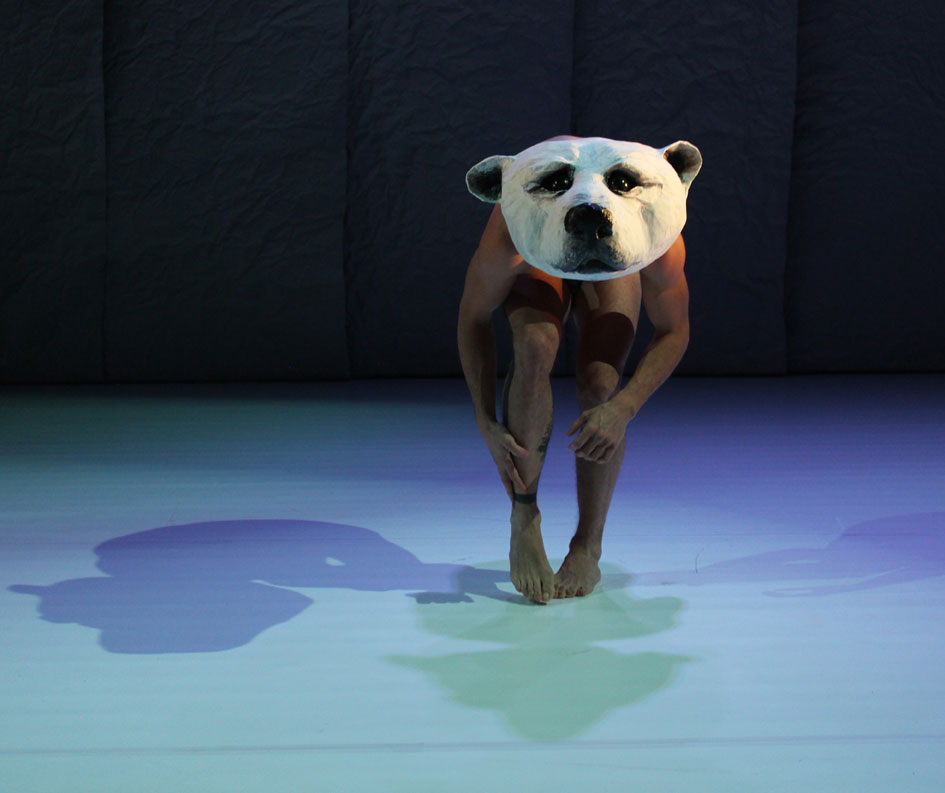 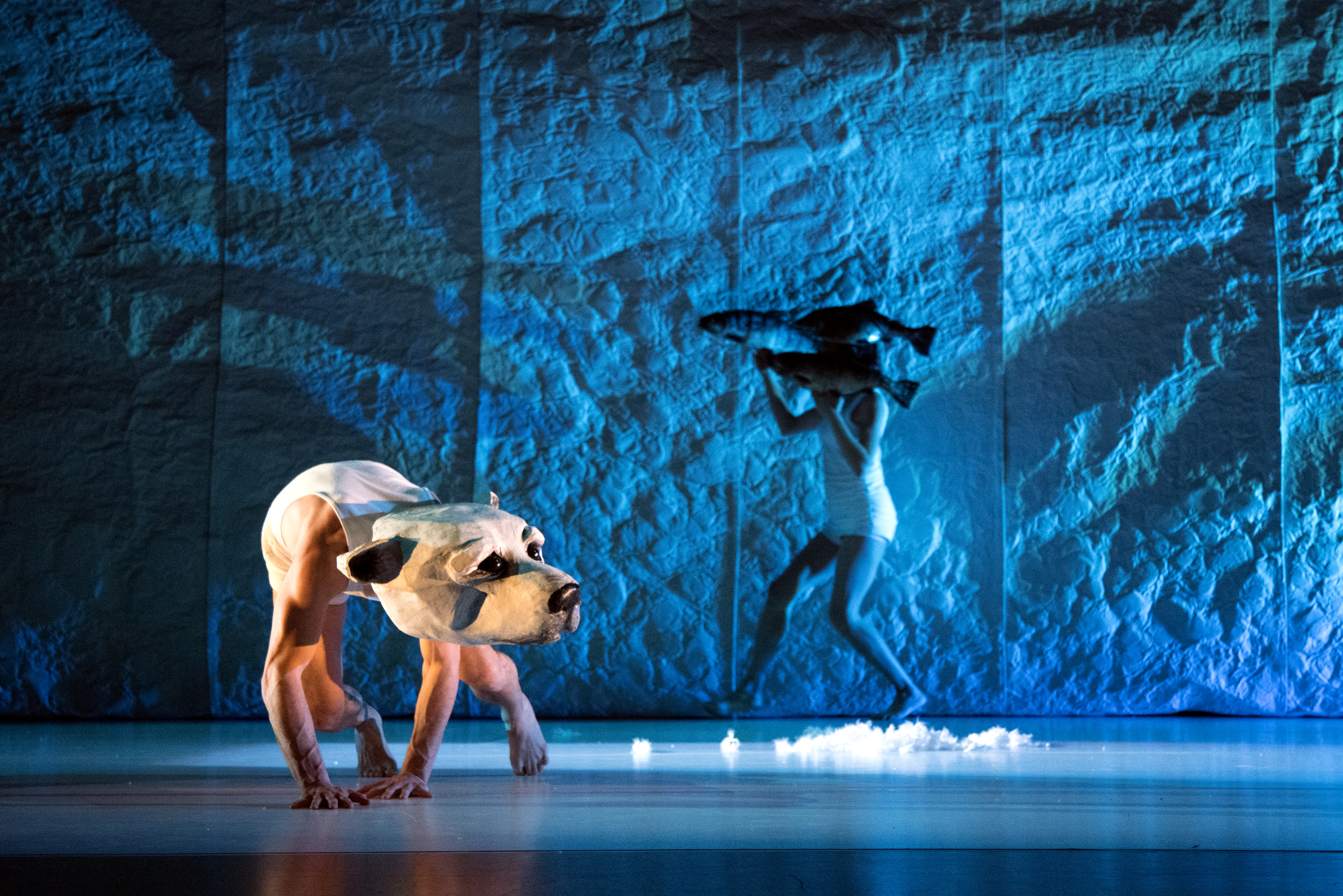 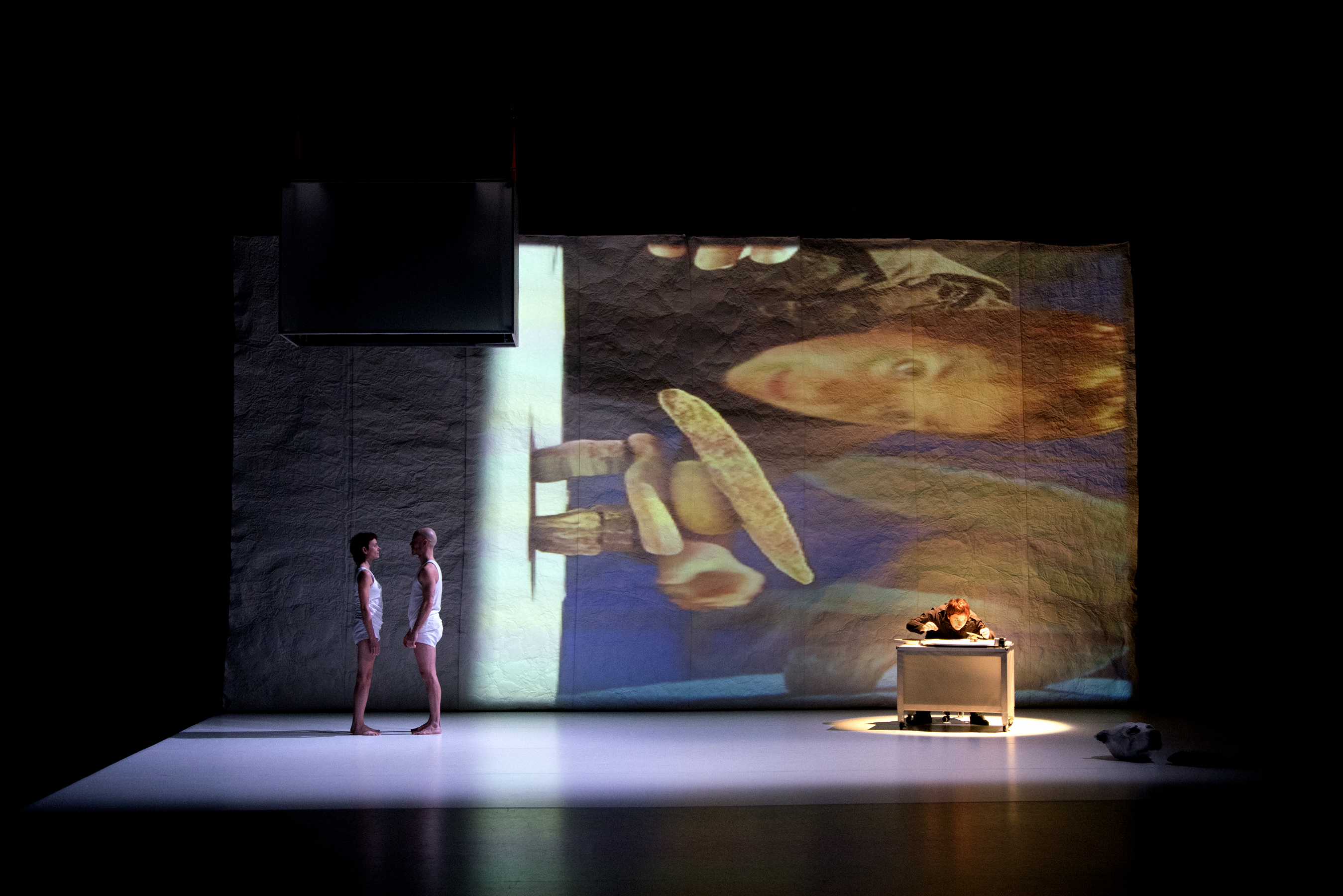 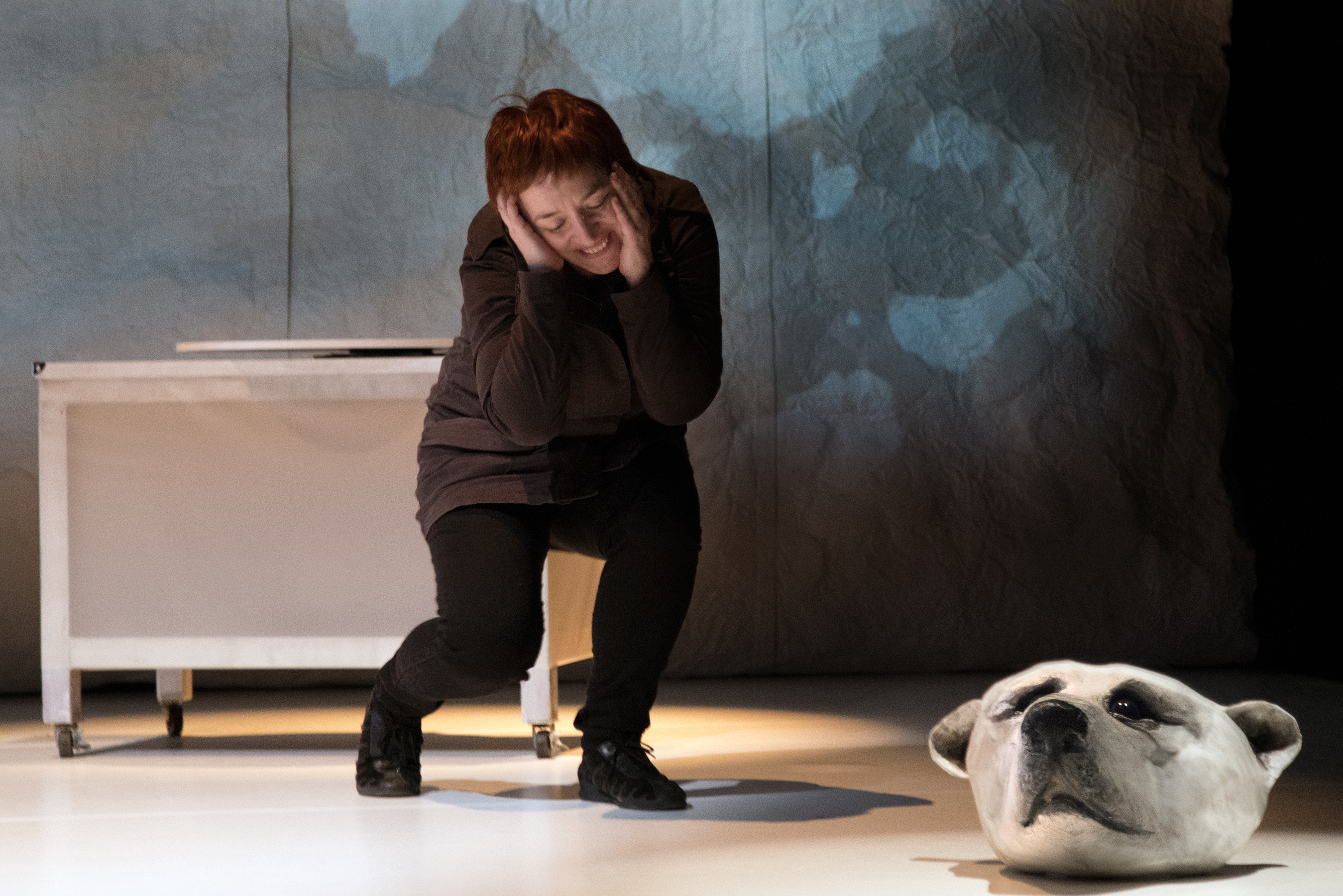 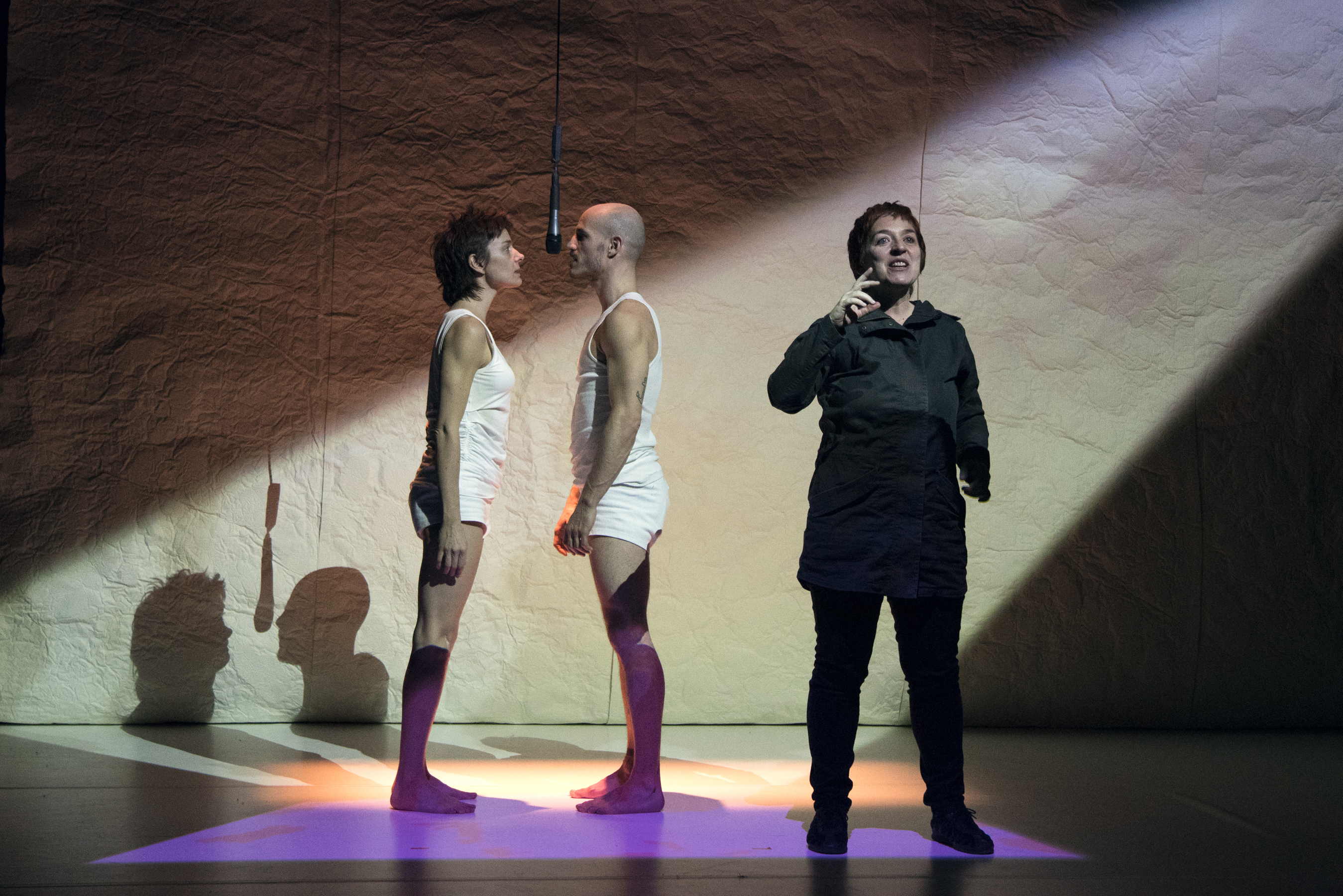