The point of view of people living in the North has also been gathered from short story writings inspired by a questionnaire used during expeditions. Those short stories, written by one author from each of the 8 countries touching the Arctic Polar Circle, will serve as creative inspiration. Here are some excerpts 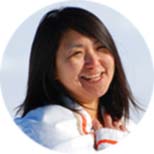 My name is Lucy Uyarak Tulugarjuk, a mother, an artist, a co­founder of Artcirq, a youth group in Iglulik that combines modern art with traditional art, and I am a shareholder of Arnait Video Productions. I graduated grade 12 from Atagutaaluk School in Igloolik, NWT (Nunavut), Nunavut Sivuniksavut Program in Ottawa, Ontario, linked to Algonquin College, and Business Administrations certificate from Aurora College in Fort Smith, NT. I am currently a part time Community Justice Coordinator. I live in Fort Smith, Northwest Territories. 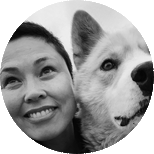 Pipaluk Lykke Løgstrup (Pipaluk Lykke Løgstrup (Narsaq, Greenland, 1976) is based in Sisimiut from where she works with Greenlandic and Inuit culture in her company, Nebula. She writes and produces books, is director and producer of a documentary about the female dogsledder, Navarana, and curates art exhibitions. Is also a member of the board in NAPA, a cultural institution on the Nordic council of ministers. 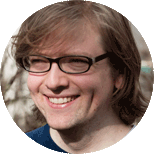 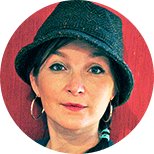 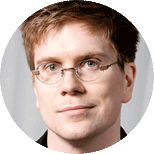 Rasmus Lindberg is a Swedish playwright and educated stage director at STDH (Stockholm University of Dramatic Arts). He has written 15 plays that has been translated to french, english, german, russina, croatian and georgian. He has been awarded the ”Henning Mankell Award” and the ”Henrik Ibsen award” for his playwriting. For the last six years, he has been a resident playwright and stage director at Norrbottensteatern in Luleå (the regional theatre of the northeast part of Sweden), where he also is residing with his fiancee and two daughters. 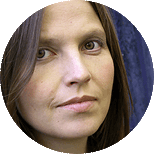 Maria Peura (b. 1970) is a prize-winning author and dramaturge. She was given the prestigious Young Aleksis Kivi Prize, and nominated for the Finlandia Prize, for her debut novel Your Love Is Infinite (On rakkautes ääretön) in 2001. It also received received the Olvi Foundation Award and the Good Deed for Children Award. At the Edge of Light (Valon reunalla), received stellar reviews both in Finland and in the UK, where it was published in 2007. Among Peura’s other works is a collection of poetry for children. 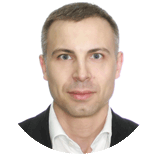 Alexander Seryakov was born 11 January 1982 in Usinsk, which is in the North of the Komi Republic, Russia. He received specialist degree in management from Syktyvkar State University in 2004. The same year he joined Department of economic theory and corporate governance as researcher. During 2005-2010 he studied corporate social and ecological responsibility of primary sector companies in the Komi Republic. During 2009 he was consulting working group of Komi Science Center of Russian Academy of Sciences in the project “Social and labor problems of northern territories: state, tendencies, resolution mechanism”. Since 2009 he was engaged into international projects and was among signees of UN Global Compact initiative at the University. In 2010 he received Award from the Head of the Komi Republic for “scientific research, that have significant importance for social and economic development of the Komi Republic”. Since 2010 he is leading the international projects office at Syktyvkar State University. In 2010-2013 he served as member of Barents Euro-Arctic Council Joint Working Group on Education and Research. In 2011-2015 was visiting lecturer in higher educational institutions in Finland. Since 2014 is the leader of Thematic network for environmental training and education for sustainable development at the University of the Arctic. Author of 20 articles and two co-authored books.

“Uvaŋa atiġa Asiqłuq. My Iñupiaq name is Asiqłuq.” He is also called Charles “Sean” Topkok. Sean is Iñupiaq, Sámi, Irish, and Norwegian. His family is from Teller, Alaska, and currently lives in Fairbanks. He has worked at the Alaska Native Knowledge Network (ANKN) at the University of Alaska Fairbanks (UAF) since April 1997; and now is an Assistant Professor for the School of Education. Through his experiences at ANKN, he continues to work closely with Alaska Native communities and educators, as well as other Indigenous groups worldwide. He has been informally adopted by Yup’ik Elders, and formally adopted by the Tlingit and giving him the name Deikeejaakhw. Sean earned a Ph.D. in Indigenous Studies at UAF; has a Master of Arts degree in Cross-Cultural Studies and Bachelor of Arts degree in Humanities, both from UAF. Sean is the founder and leader of the Pavva Iñupiaq Dancers of Fairbanks. Pavva encourages anyone interested in learning about Iñupiaq culture to participate. Members of the dance group include people from all over the Iñupiaq region including: Seward Peninsula, Northwest Arctic, and North Slope regions of Alaska.